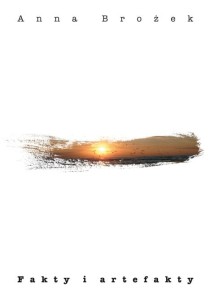 Aniela Korzeniowska translates Scotland for her readers. She goes back to the beginnings of Scottish statehood, looks into the most important achievements of Scottish writers, which leads to the presentation of Scotland as she perceives it today, her main aim being to de ne the characteristics of a culture that has its origins in a world of three languages. But apart from understanding translation in this way and explaining the very essence of Scottishness, what it actually means and where it comes from, her book brings together a number of elds of interest: Scottish Studies, history, literary and cultural studies, as well as Translation Studies.

Aniela Korzeniowska is Professor in Translation Studies and Head of the Department of Applied Linguistics and of the Scottish Studies Research Group at the Institute of English Studies, University of Warsaw. Her academic elds of interest and her publications cover both Translation and Scottish Studies, with emphasis on Scotland’s languages and literature, and their translation. Of special concern are issues of identity. She is co-organiser of the “Scotland in Europe” conferences and has co-edited four volumes of articles within the Scotland-in-Europe / Europe-in-Scotland theme.

Acknowledgements
Foreword to the revised and expanded edition
Introduction

1. The beginnings of a nation
2. The development of a nation
3. Scotland in trouble
4. Leading up to the union with England

Chapter Two: Proud to be Scottish

1. The languages of early Scotland
2. The beginnings of a national literature
3. The Auld Makars and translation
4. The Reformation and the English language
5. An unequal union

1. The historical split
2. The politics of culture and the dichotomy of language
3. Dissentient voices in poetry: the signi cance of Allan Ramsay and Robert Fergusson

1. A re-invention of the Highlands
2. Divisions and polarisations
3. Romanticising the Highlands
4. Sentiment for the past
5. Torn between past and present
6. Folk tradition and the Scottish character
7. Manners and modes of speech
8. ‘The Foreigner at Home’
9. Realism contra nostalgia and sentimentality
10. Side-stepping the Kailyard

1. The growing importance of socialist and nationalist ideals
2. Foreshadowing MacDiarmid
3. ‘Anti-Kailyard salvoes’ and a new awakening
4. Hugh MacDiarmid, the man of the times
5. Other important voices

Chapter Seven: ... and so the Creative Diversity Continues

1.The achievement of three languages
2. Politics and Glasgow Scots
3. Nationalism and creative diversity
4. Concluding on a female note

Within and beyond the Limits of Science