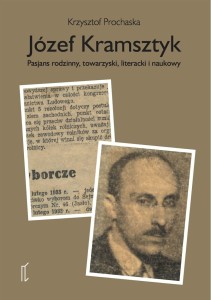 Piotr Szumiński
Chopin i Potocka. Awantura o miłosną korespondencję
Książka zawiera reproducję całości skandalizującego „brulionu”.
Format B5, s. 396, indeks osobowy, wielobarwna wkładka kredowa s. 8,
98 ilustracji i reprodukcji dokumentów, OPRAWA TWARDA
ISBN 83-89100-68-1
SPIS TREŚCI
Podziękowania
Wprowadzenie
Pogmatwane losy odpisów i fotokopii listów
Litwa - Polska. II wojna światowa i czasy powojenne
Chopin i Potocka. Historia nieodnalezionej korespondencji
Paryż - Warszawa - Poznań - Kraków. Lata 1831-1968
Wojna o listy
Szwajcaria - Anglia - Polska - Stany Zjednoczone. Lata 1945-1978
Na zakończenie - pojedynek na argumenty
Przypisy
Bibliografia
- Książki
- Czasopisma do 1944 roku
- Czasopisma po 1944 roku
- Dokumenty
- Ważniejsze listy
Indeks  osobowy
Spis ilustracji
Aneks
- Brulion Pauliny  Czernickiej
- Z kolekcji Tadeusza Szantruczka
Ilustracje
Piotr Szumiński: Chopin and Potocka: The Fight over Love Letters
[ summary ]
The circumstances of Fryderyk Chopin’s relationship with Delfina Potocka are still veiled in mystery. Originally from Podole, she must have been one of the most beautiful and brilliant Polish ladies in ninetieth-century Paris. Dozens tried to win her favours, among them undoubtedly was Fryderyk. There were rumours going around about composer’s romance with Mrs Potocka already in French capitol of XIX century. However, even the most inquisitive researchers were unable to find a single written confirmation that would directly prove the emotional commitment, and biographers constantly argue if a woman so popular and attractive was Chopin’s muse and lover, or just his good and caring friend.
To this day we are not even convinced if there was a regular correspondence between the composer and the countess. There is some speculation about a thick pile of letters that was kept years after they died as a closely-guarded family secret. Actually, in letters to gorgeous Potocka Chopin was supposed to share confidences not only about his creative activity, but also his private life. Moreover, spending the nights with Delfina made well-mannered, polite, chic and reserved Fryderyk to write letters full of tenderness, sensuality and often quite ambiguous sentences, as well as very direct propositions.
Just before the World War II there was an opportunity to locate written resources confirming the existence of the relationship. Polish press made public some fragments of the correspondence that was believed to be written by Chopin to Potocka. Letters were copied and released by some lady of the manor from Vilnus suburbs – Paulina Czernicka. Unfortunately the original source remained unknown, and the following war was the reason for losing the chance to find it and authenticate. Bad luck continued after 1945, too. When the letters were re-published (again with help of the same composer’s admirer from Vilnus suburbs), their genuineness was questioned. The original manuscripts were missing and strong erotic expressions were pointed out as not Chopin’s, since he would never use anything like that in his genuine, validated letters.
Time has passed, and the authenticity of the correspondence became not so critical anymore. Now the most interesting for researchers is Fryderyk’s personality. Being so sensitive and gentle, could he use such obscene vocabulary in his correspondence with a noble lady? Was he in reality a different person than we used to picture him? What secrets are there to reveal?
Both creativity and private life of the artist should be examined if we want to see a full, balanced image of him. While his well-preserved works are unproblematic to study, his life remains mysterious and there is plenty of room for an active imagination. Historians’ assumptions should be based on genuine sources, but even the most precisely gathered data, chronological diaries, memories and  letters are not enough to explain or justify all the decisions the individual has made. In the case of personality, the tusk is much more complicated. It is almost impossible to reconstruct all the complex characteristics of sophisticated human being, who – if he was asked to – would probably not be able to express them himself.
The book presents the complete Paulina Czernicka’s notebook, the outline of  researchers’ opinion on the letters genuineness as well as on Chopin’s hypothetical personality.