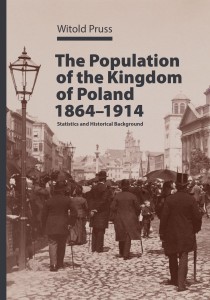 The Population of the Kingdom of Poland [e-book PDF]
42,00 zł 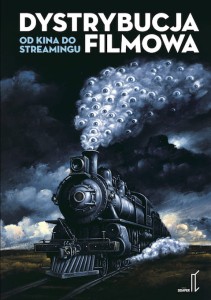 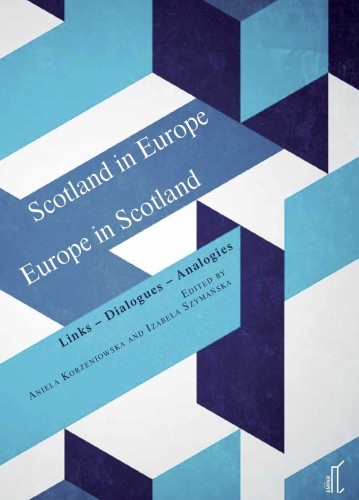 This valuable collection of articles, which explores past and present links and exchanges between Scotland and the Continent, makes extremely varied and interesting reading. This is due both to the authors of the different papers and to the editors of the volume who, with a great feeling for the subject, draw us into a constructive dialogue with Scottish culture, interweaving historical, political, cultural, literary, and translational topics. I am sure this will be a book eagerly read by scholars and students from Scottish and English Departments, as well as by those involved in Cultural Studies.

This genuinely interdisciplinary and international col- lection is very much to be welcomed. The diversity of essays – bringing together political, linguistic, literary and sociological analysis from both established and new scholars – makes for a rich combination which not only illuminates Scotland’s situation within Europe but also highlights the historical and cultural dialogue with Europe in the formation of Scotland.

Over the centuries the links between Scotland and Europe, not to mention the much wider world beyond the European continent, have had a varied history, with Scots emigrating to all corners of the globe and making a significant impact on the countries in which they have settled. At the same time, Scots at home, with their interest in the humanities and science and what lies beyond their own borders have given the world a great deal in discoveries, learning, culture and the arts, at the same time always being ready to learn, borrow from others, and take advantage of what could broaden their own horizons. The Scots in certain periods in the past formed a very significant presence outside their own home country, whereas in Scotland, education, culture and the arts developed and expanded also thanks to what was in constant flux just over their own border as well as further afield, in Europe particularly. Relations between the Scots and the European continent have always interwoven. The latter has always been a visible presence in Scotland whereas the Europeans have also never been indifferent to the Scots.

Part I. Scotland in Europe

Waldemar Kowalski
Scotland, the Scottish Diaspora, and the Wider World in Recent Historiography

Katarzyna Kłosińska
The Successors of Florence Nightingale. Scottish Women on the World War I Western Front

Petra Johana Poncarová
A Tale of a City: Edwin Muir and Prague

Izabela Szymańska
The Image of Scotland in the 1955 Polish Translation of Kidnapped by R. L. Stevenson

Aniela Korzeniowska
James Kelman’s Polish 2011 Début with Jak późno było, jak późno (How late it was, how late) and Its Position within the Polish Literary Polysystem

Stewart Sanderson
‘The Moon and the Pathetic Fallacy’: Guillaume Apollinaire and the Scottish Renaissance

Margery Palmer McCulloch
From MacDiarmid and Morgan to Lochhead and Kay: Bards, Radicals, and the Place of Europe in Modern Scottish Poetry

Barbara Kowalik
Animals as Signs for Societies and Rulers: a Comparison of Robert Henryson and Biernat of Lublin, with Reference to Geoffrey Chaucer

Jerzy Jarniewicz
‘Oh, poet, give me something I can see and touch’. Concrete Poetry in Scotland and Its International Context