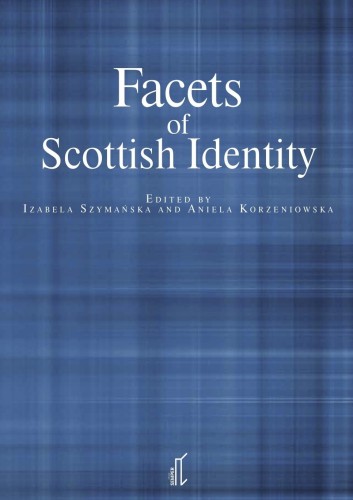 This fine collection of essays from the University of Warsaw offers new perspectives on Scottish identity ranging from the linguistic and literary to gender and international stereotypes. Of particular interest in relation to the forthcoming Scottish Independence Referendum, the book provides a fresh and pertinent account of modern Scotland and its historical culture, with relevance for continental European, UK, and Scottish readers.
Margery Palmer McCulloch (University of Glasgow)

This is a rich and insightful collection of articles by authors from an international circle of experts on Scottish culture and literature. It shows the ever‐topical heterogeneity of Scottish identity in a cross‐disciplinary perspective, covering linguistic and socio‐cultural phenomena, the past and present visions of Scottish identity in literature, feminist re‐interpretations of Scottish self‐identification, as well as cultural and literary images of Scotland and Scottishness.

With globalisation and multiculturalism increasingly influencing modern societies, the issue of identity is gaining new dimensions, and academic research on identity is gaining new momentum. The topic of identity finds its place in a vast array of academic disciplines, including psychology, sociology, ethnology and cultural anthropology, history and political studies, linguistics, literary and cultural studies. The problem of searching for and expressing the identity of individuals and nations surfaces in social and political life, including education, as well as in literature, architecture and the arts. This volume offers a variety of analyses and views concerning Scottish identity. Scotland may be considered one of the most vivid examples of the issue of identity inspiring academic reflection and research from diverse perspectives due to the country’s intricate political, social, linguistic and literary history, as well as to its troubled relationships with England and its complex relationships with Europe.

Part I. Constructions of Scottish Identity

Piotr Stalmaszczyk
The Linguistic History of Scotland. Focus on Gaelic

Michał Mazurkiewicz
Sport in Scotland. A Brief Study of a Certain Aspect of Scottishness

Mario Ebest
Coming to Terms with the Agony of the Highland Clearances – or Not? An Analysis of Two Novels from the Point of View of Traumatisation

Dominika Lewandowska
Alasdair Gray’s 1982, Janine and James Kelman’s How late it was, how late as Acts of Literary Resistance

Monika Szuba
Inside and Outside: Scottishness, Betweenness, and Plurality in Jackie Kay’s Poetry

Lucyna Krawczyk-Żywko
‘Werewolves in Kilts’: The Not So Steampunked Scotland in Gail Carriger’s Parasol Protectorate Series

Uwe Zagratzki
The Perception of Scotland in Modern Germany

Paweł Rutkowski
Scotland as the Land of Seers: the Scottish Second Sight at the Turn of the Eighteenth Century

Markéta Gregorová
Towards a Heteroglot Discourse: Representing Non-Standard Dialects in the Scottish Novel

Within and beyond the Limits of Science